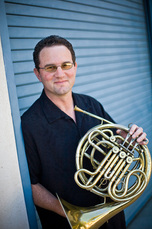 RB Anthony was a full time musician for many years, performing on the French Horn locally and at Disneyland.  Having been a performer, arranger, director, and educator in the field, RB has always had music as part of his life.  Currently employed by Point Loma Nazarene University as the Manager of Media& Web Services, he is also an adjunct faculty with their Music Department.  At PLNU, he has the wonderful opportunity of utilizing ............ (more) 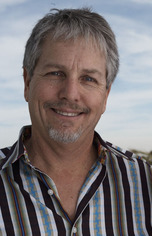 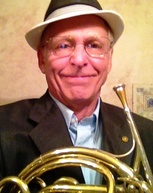 Roger Haines is a retired Assistant U.S. Attorney and author of thebest-selling treatise on the Federal Sentencing Guidelines and two bi-weekly legal newsletters.  He took up the horn Albuquerque in the Fifth Grade.  His first teacher was Lloyd Higgins and he studied in high school with William Slocum, who taught him how to play with panache and nuance.  Roger has played with the Albuquerque Symphony, the Michigan State  Marching band, and many musical ensembles in the San Francisco Bay area, Los  Angeles, and San Diego.  He currently plays in the Coastal Communities Concert Band, the La Jolla Brass, and the Pacific Wind Quintet.  In his spare time, he is a Rotarian, and enjoys handyman work, solar cooking, and working with refugees. 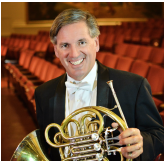 Douglas Hall has enjoyed many adventures  with the San Diego Symphony.  He is their 4th horn, and Assistant Personnel Manager.  More than 20 years ago he and his wife Laura were married at the Summer Pops site (at Hospitality Point at that time) where the horn section members were his best men, and the brass section played for the ceremony.  In helping with the rebuilding of the San Diego Symphony, Doug has run more than 45 national auditions in the last 10 years............. (more)

Mike McCoy, a San Diego native, has been the horn player for the Presidio Brass since its inception in 2006 and is 4th horn with the Las Vegas Philharmonic as well as an active recording studio artist for games, TV, and movies. He has been Co-Principal with San Diego's Orchestra Nova, and currently performs in the horn sections of San Diego Symphony, San Diego Opera, and Pacific Symphony.  Mike enjoys spending time with his wife and their two boys and tossing the ball to his Golden Retrievers. (photos)

Dr. McGregor has performed in orchestras in the Midwest, California and Mexico.  While in the Midwest,
she held permanent positions as principal horn in the Lincolnwood Chamber Orchestra, Northbrook Symphony Orchestra, and second horn in Kenosha Symphony.   As a sub, she  played in many orchestras including - but not limited to - Green Bay Symphony,  Rockford Symphony, Lake Forest Symphony.  While in graduate school at ............  (more) 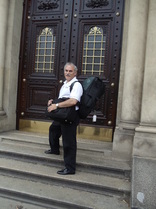 Born in Denver, Colorado Scott began playing the Horn at age nine studying under Wilke Renwick, Principal Horn of the Denver Symphony.  After moving to southern California in the early 1970’s, Scott continued his studies with Jim Keays of the University of Redlands, George Cable and Wendell Hoss both of San Diego.

At age 14, Scott played in the College of the Desert  Symphony under the direction of Tom Mancini…with fond memories of eating fresh dates right off of the campus palm trees.  At age 15 ............ (more)

Jonathan Rudin has played horn in both the La Jolla Symphony& Chorus and Grossmont Symphony Orchestra.  Having recently retired from clinical and research dentistry, Jonathan is now the VP of
Training for at the company he founded, San Diego Healthcare Compliance.  He is devoted to providing clinicians with the peace of mind to focus on their practices by implementing sound safety
practices for their employees.  Jonathan is an avid artist, so in addition to music making, he is active in fine art photography and wood crafting.  He creates intriguing one-of-a-kind puzzles and functional art using recycled wine corks.   Many of his art pieces can be viewed at rudincreations.com.
(more)